Down there drifting off in the Indian and Pacific Ocean, it could be easy to overlook Tasmania. But then you’d be missing out on one of the country's prize places. It’s everything that’s great about Australia, packed into one compact, easily explorable package. Here’s a taste of what’s on offer 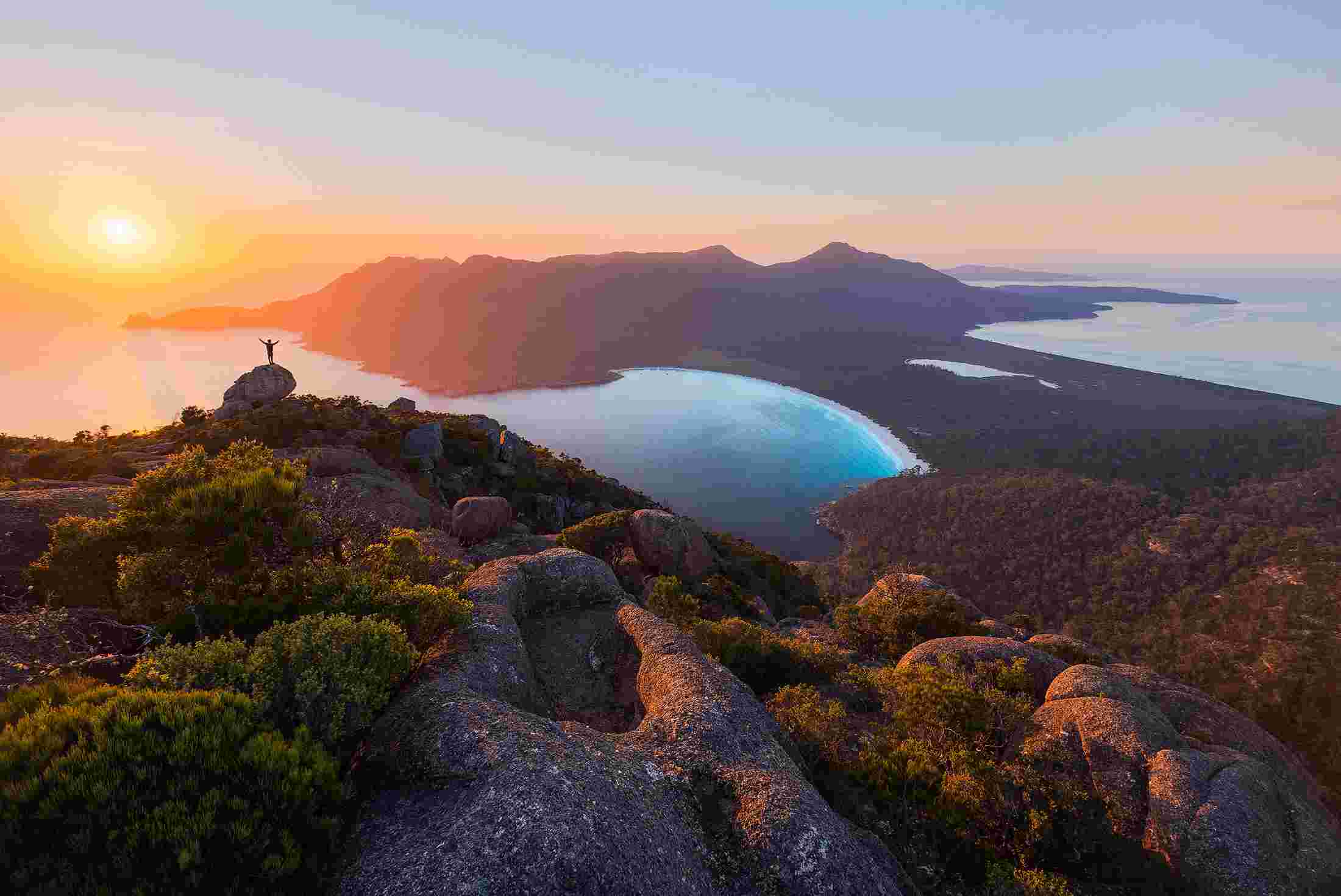 If there’s one thing Australia does better than anywhere else (and we’d argue there’s quite a few), it’s beaches. The Aussie Battle for Best Beach would boast a list of coastal competitors that makes most sandy stretches look like a backyard sandbox. Right up there, fighting for top spot, would be a contoured cove on a peninsula that pokes out from the middle of the east coast. Accessible only by foot or boat, Wineglass Bay is maybe Freycinet National Park’s highlight. But it’s pushed close by the park’s hidden ‘Friendly Beaches’ and hikes in the peaks of The Hazards, which glow pink and orange in the sunset. 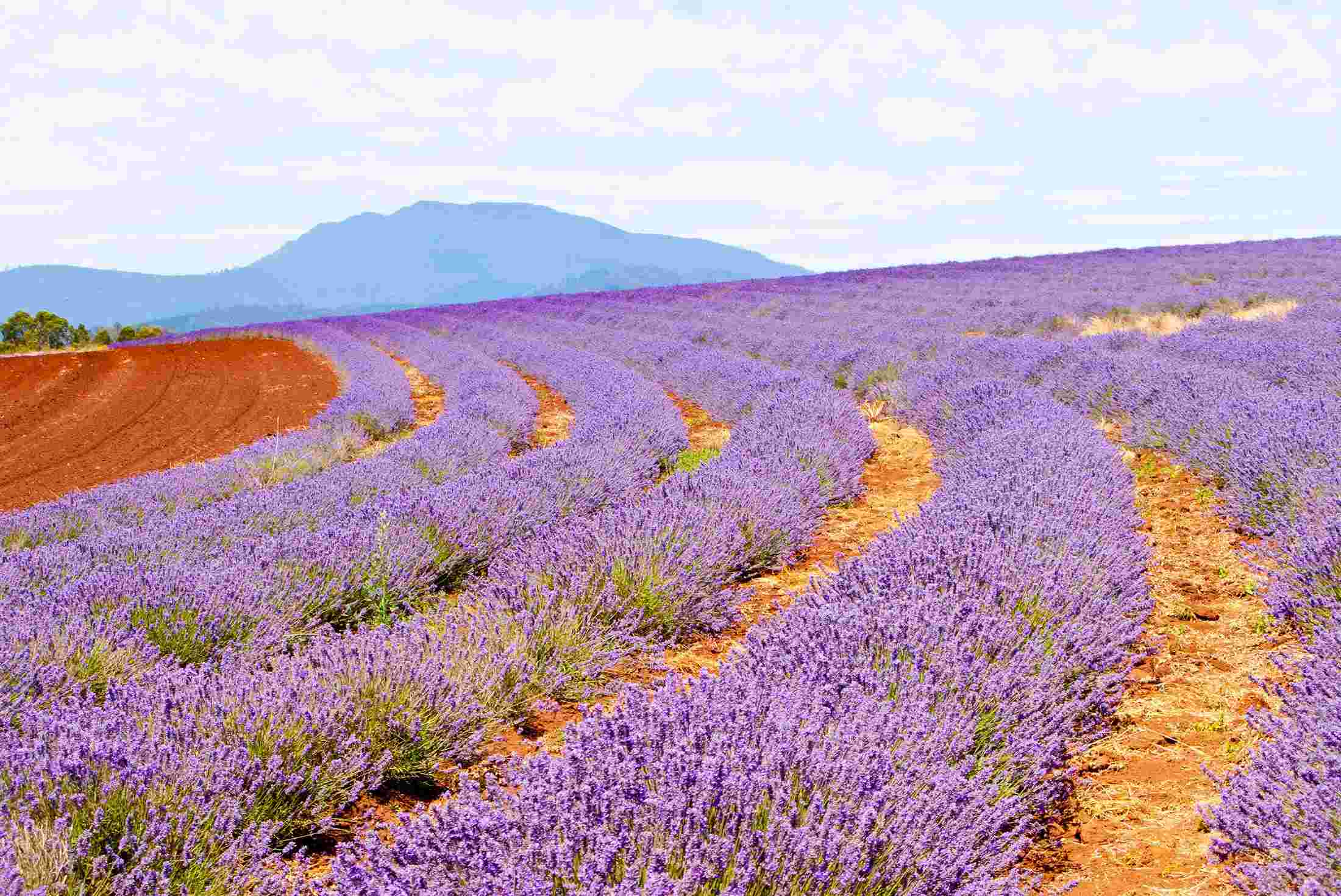 Travelling around Tassie you’ll notice how the rugged green and brown landscape is set off by pops of colour, from the reds of lichen-covered rocks to the bright white sand. But somewhere that the landscape really comes alive with colour is at Bridestowe Lavender farm. In December and January the estate – just east of Launceston – blooms into a bit of Antipodean Provence, with great waves of purple sweeping off to the distant horizon of Mount Arthur. Take in the scent, and then maybe take it home with lavender-infused products and food. 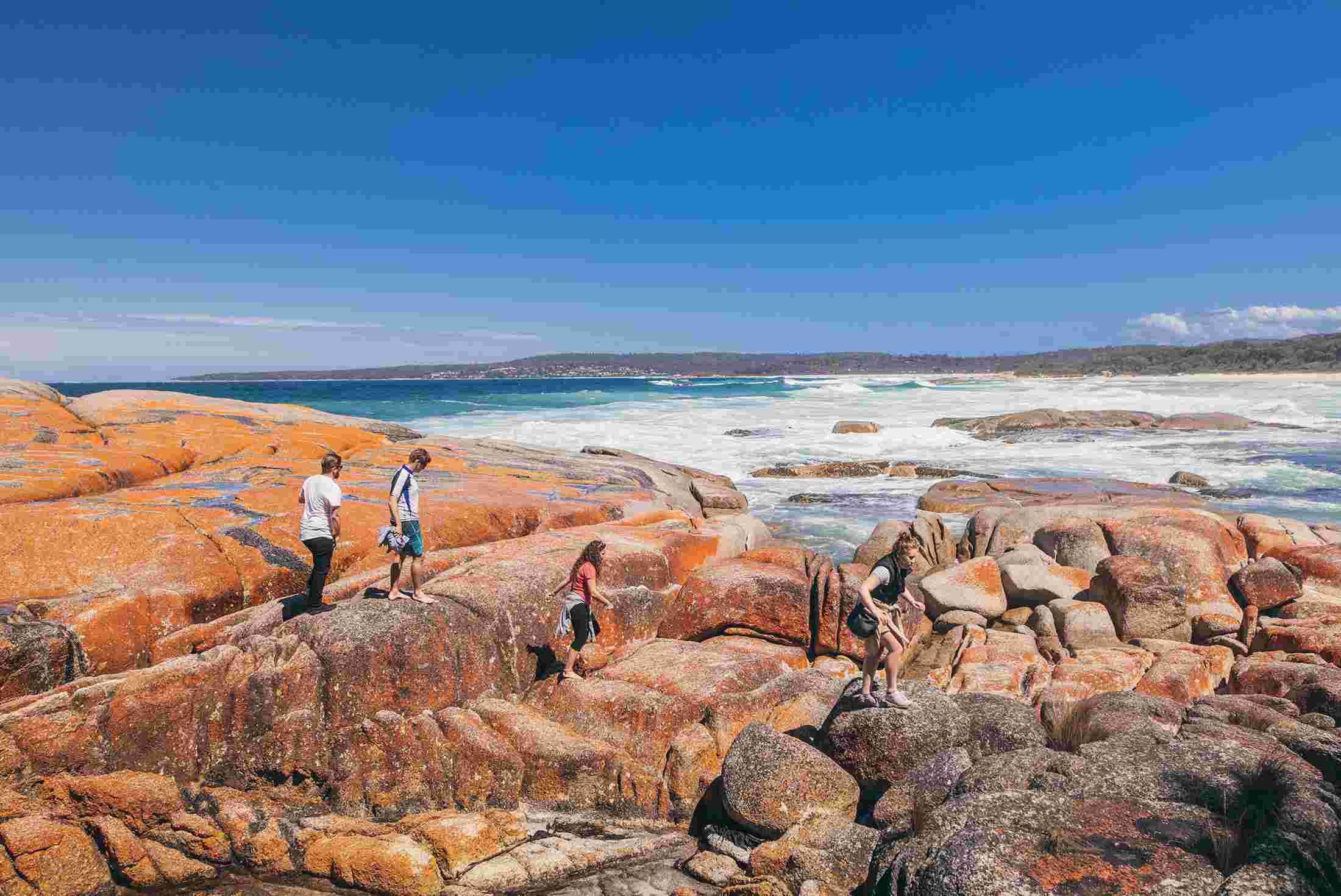 Sitting on the sand looking out across the Tasman Sea, you might think the Bay of Fires gets its name from the scattered rocks covered in bright red lichen, especially aflame in late afternoon sunlight. But in fact the naming rights of this special stretch of shoreline, from Eddystone Point down the coast to Binalong Bay in the island’s northeast, belong to one Captain Tobias Furneaux. In 1773 the sailor was making his way to New Zealand and spotted the fires that lit up this important Aboriginal meeting place. This coastline of rocky headland and dream-like beaches calls out to walkers, with a 3-day hike along its length or edge-of-the-world sandy strolls. 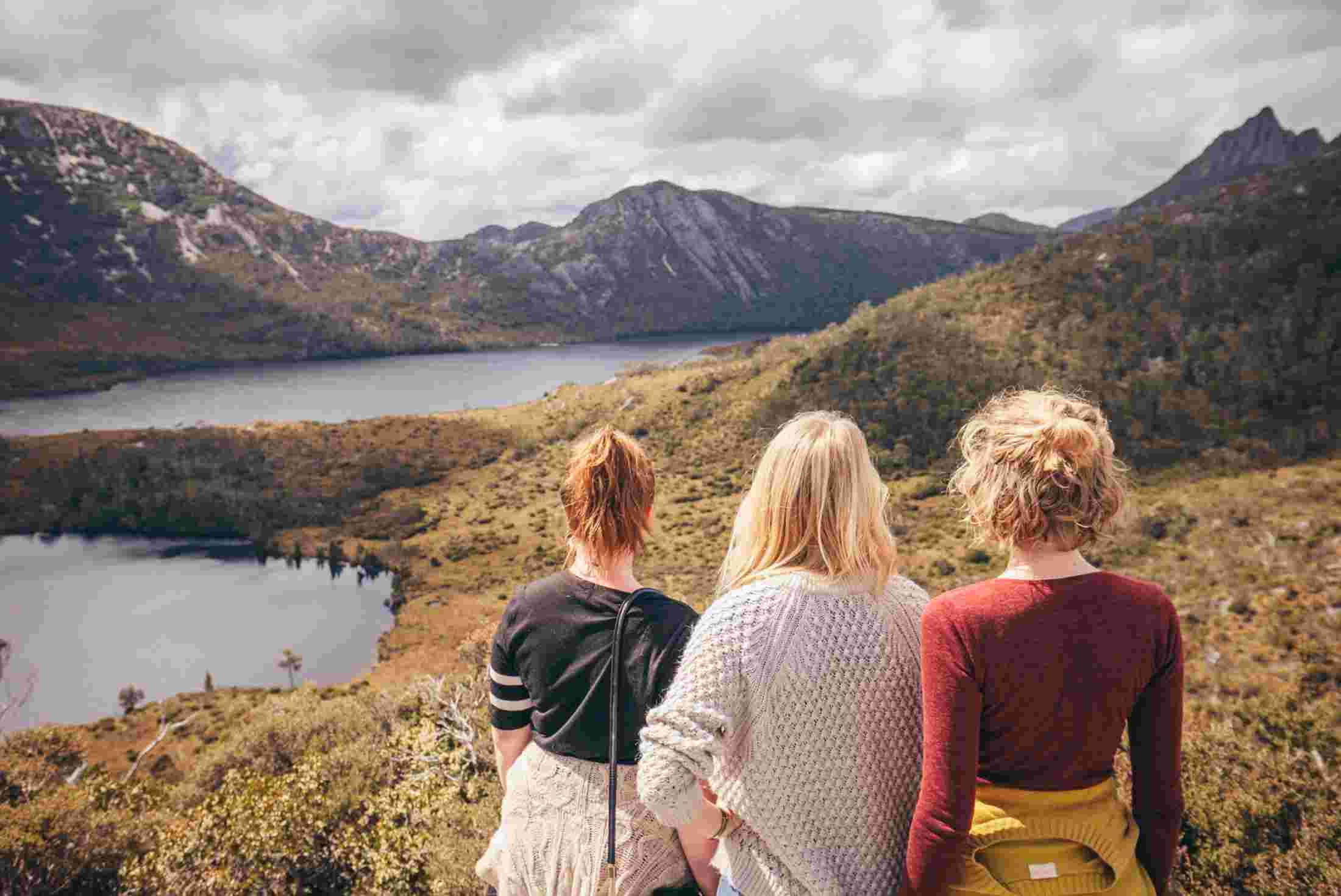 The landscape of Tassie feels incredibly wild and prehistoric, so it’s pretty fitting that the island’s most famous landmark sticks out of the earth like the spine of some ancient dinosaur. The grey, ice-carved peaks of Cradle Mountain, surrounded by glacier lakes and primeval rainforest, can be reached by one of the world’s greatest walks – the Overland Track. But if an epic 6-day pilgrimage over rocky bluffs, through grassland and old growth forest isn’t your speed, there’s a load of other ways to walk into this wilderness. Circle the mountain-reflecting Dove Lake, tackle the summit of the jagged peak, or make your way to Lake St Clair, one of Australia’s greatest hiking grounds. 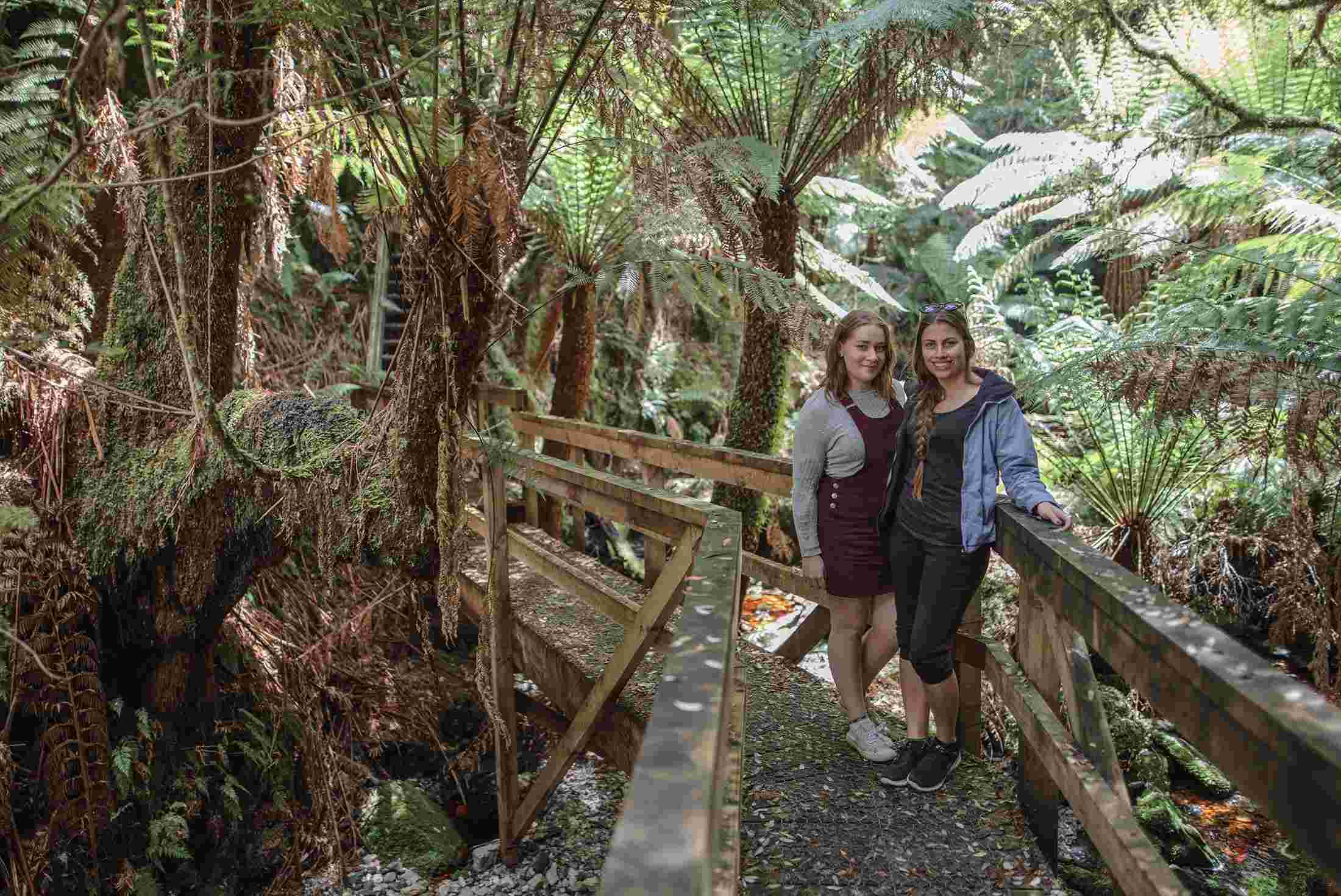 In Australia, every state has its own boasting motto – South Australia’s ‘The Creative State’, Queensland ‘The Sunshine State’ – but in a country blessed with incredible scenery, it’s Tassie that’s ‘The Natural State’. Practically the whole of the western half of Tassie is a protected area, except (controversially) one of its most spectacular regions – the Tarkine. This wildly diverse landscape is home to Australia's largest patch of temperate rainforest, called Gondwanan after the ancient jungle-covered supercontinent. This thick tangle of trees feels like the forest of fantasy. Everything is covered in a layer of moss, the furry carpet dampening noise to give a unique stillness and silence. Listen out though for the sounds of native wildlife – parrot, echidna, bandicoot, quoll and Tasmanian Devil. 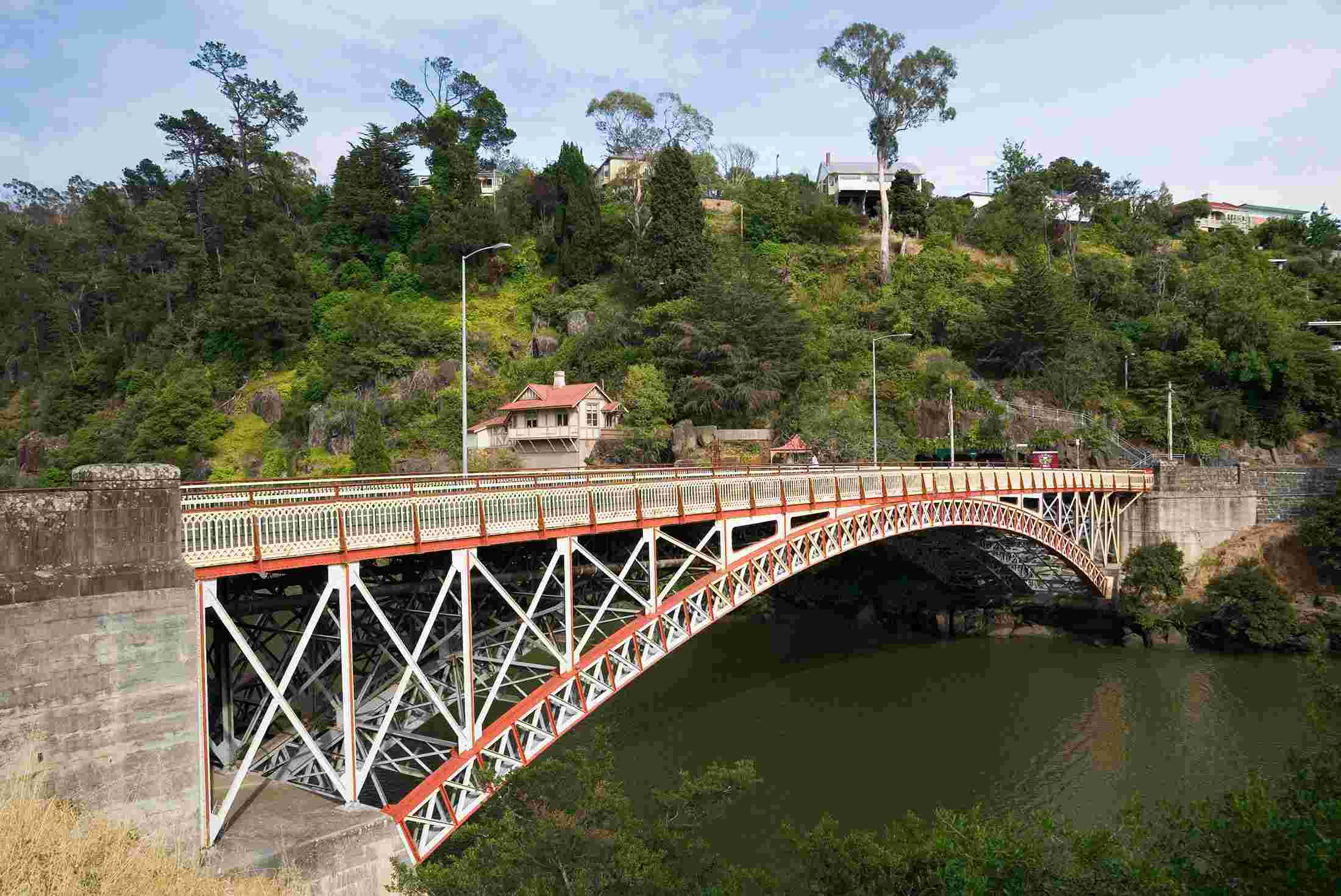 While Hobart does its thing, up in the northeast the island’s second city is happy to go its own way. Riverside Launceston is green, made for walking, and more than competes with its cousin on the food and wine front. A slice of wilderness, the ancient geological formation of Cataract Gorge, sits right in the middle of town, with stately heritage buildings, parks and the Queen Victoria Art Gallery just nearby. Following the river north into the Tamar Valley is the best way to taste the area’s produce, with orchards and vineyards next to land set aside for grazing or birds. Take your pick of one of the wineries along the riverbank for a different way to drink in Tassie’s outdoors. 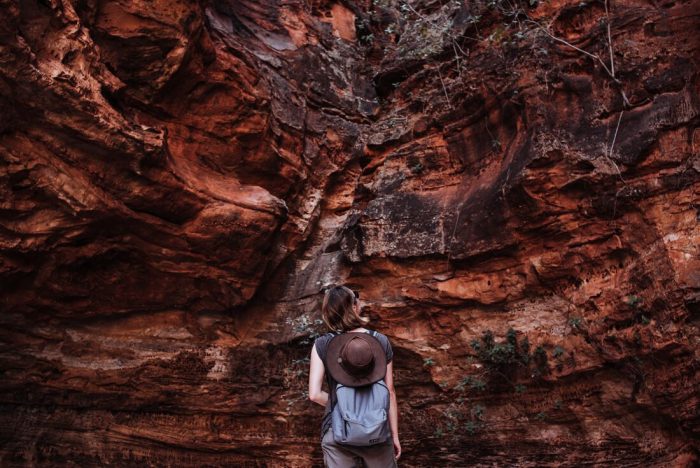 10 unmissable Aussie experiences you need in... 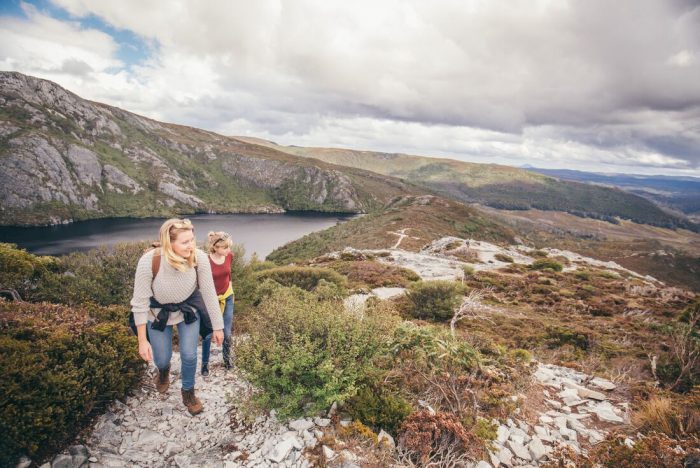 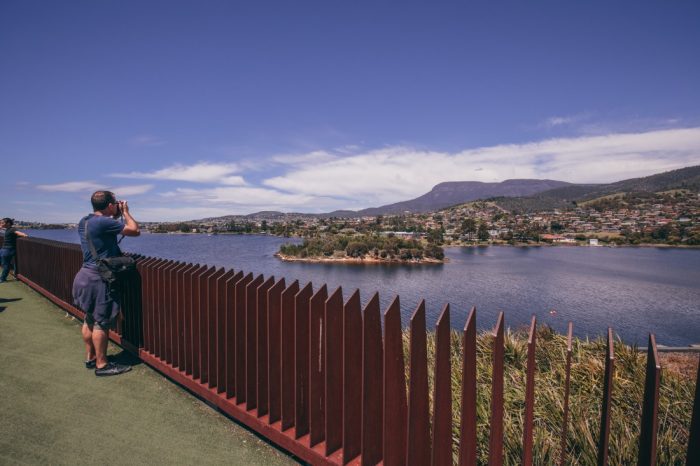 Heading to Hobart? Here’s what you need to see,... 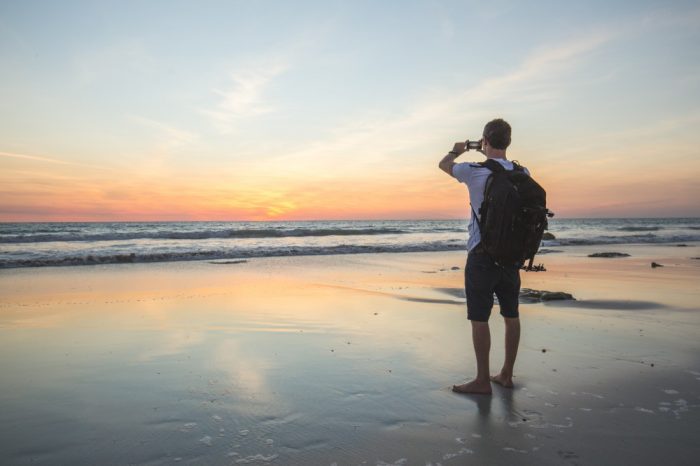 10 of Australia’s most Instagrammable natural... 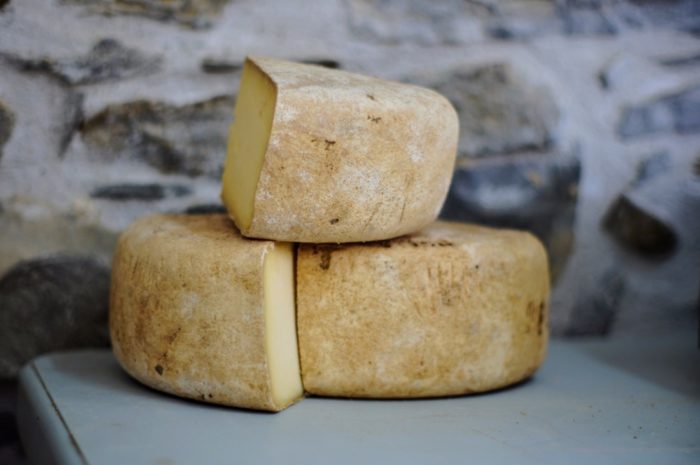 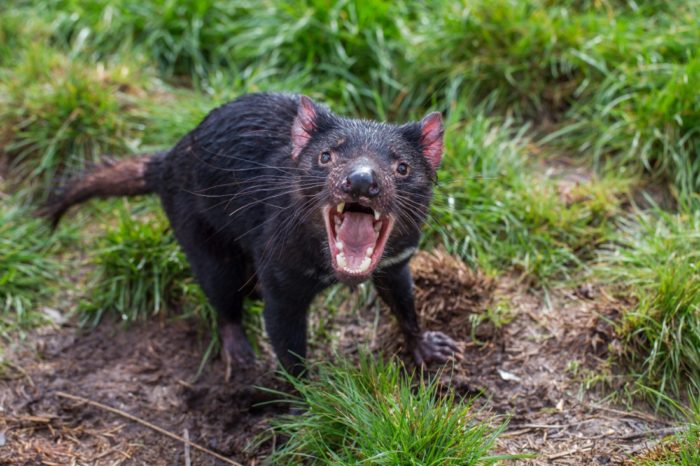